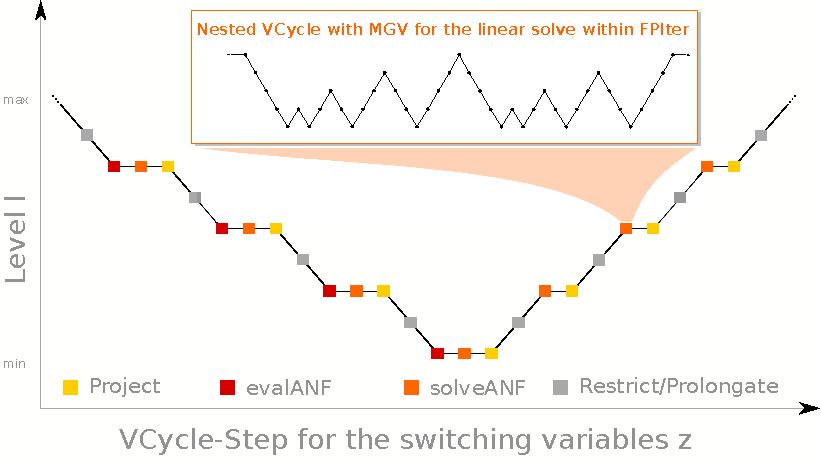 Multigrid methods have been shown to be an effcient tool for solving partial differential equations. In this paper, the idea of a multigrid method for nonsmooth problems is presented based on techniques from piecewise linear differentiation. In detail, the original nonsmooth problem is approximated by a sequence of piecewise linear models, which can be written in abs-normal form by using additional switching variables. In certain cases, one can exploit the structure of the piecewise linearization and formulate an effcient modulus fixed-point iteration for these switching variables. Moreover, using the idea of multigrid methods, one can find a solution of the modulus fixed-point equation for the switching variables on a coarse discretization, which then serves as an initial guess for the next finer level. Here, the important aspect is the right choice for the prolongation operator in order to avoid undesirable smoothing effects as it will be shown. Numerical results indicate (almost) mesh-independent behavior of the resulting method if done in the right way.